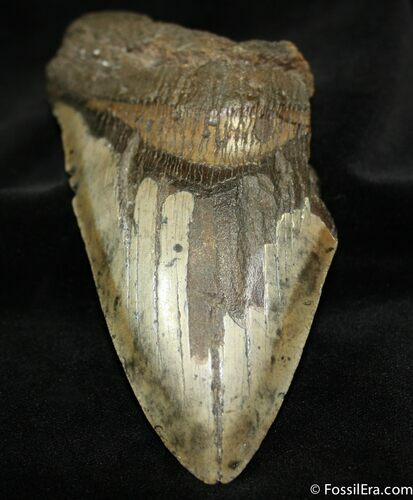 This is a massive Megalodon tooth at 5.67 inches in length. It would have come from a 40-50 foot Megalodon shark, a true terror of the prehistoric seas. While it's far from a perfect tooth, it's sheer size makes it very impressive and the price is right.