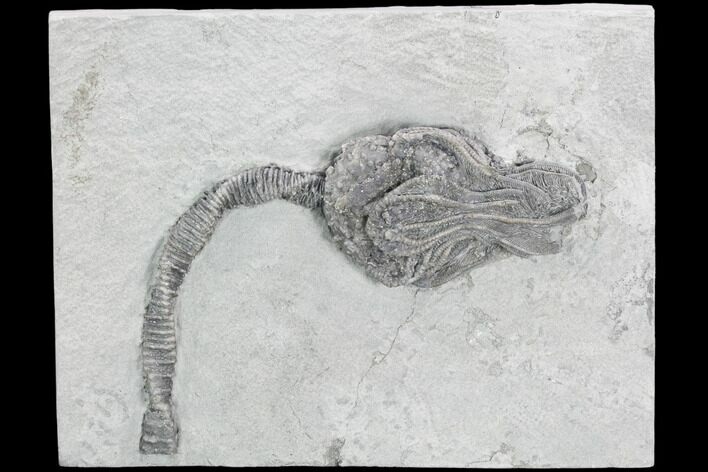 This is a really nice, 5.7" long Platycrinites hemisphericus crinoid from the bluff's site near Crawfordsville, Indiana. The quality of preparation on this fossil is exquisite - using skillful air-abrasion techniques under a stereo microscope.

Comes with an acrylic display stand. There is some touch up restoration through the crown of the crinoid where the rock split during extraction. 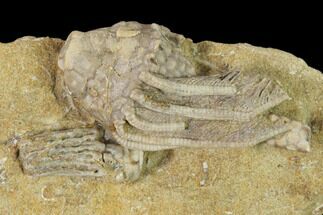 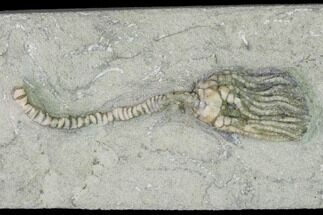