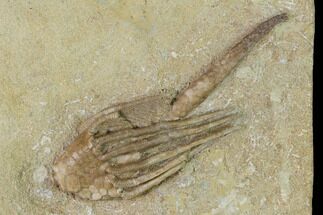 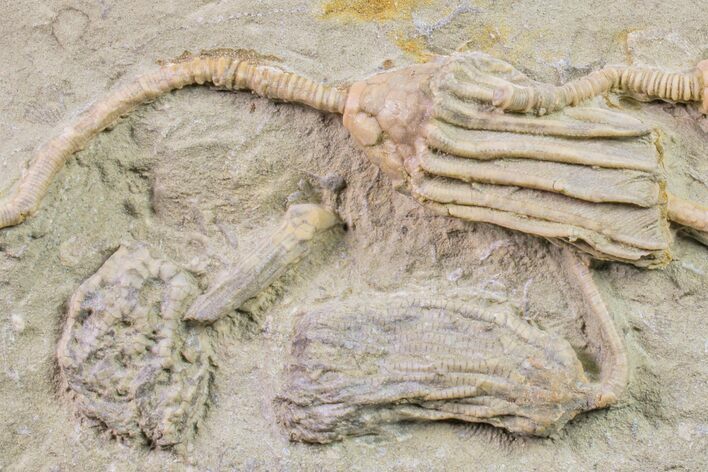 This is a beautiful, 5.7" plate of detailed fossil crinoids from Crawfordsville, Indiana. There are five crinoids representing four different species present. They have been microscopically prepared using air abrasives. The two larger crinoids are Macrocrinus mundulus, then there is a Pachylocrinus aequalis, and crowns of Halysiocrinus bradley & Lanecrinus depressus.