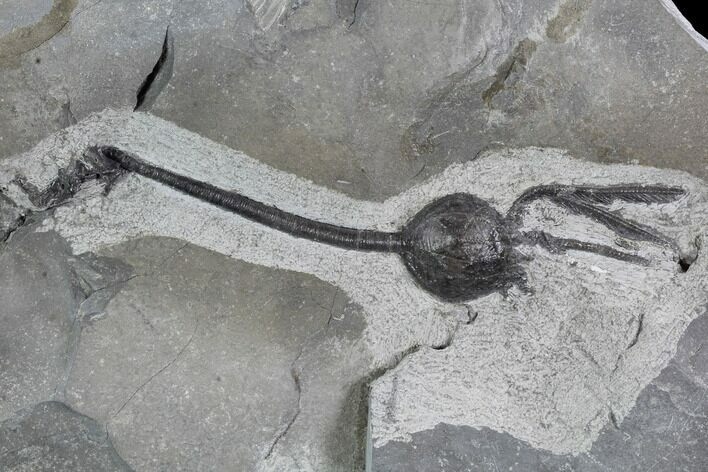 This is a hard to acquire Caryocrinites ornatus cystoid from the Rochester Shale of New York. These were very unique finds because cystoids are almost always (99% of the time) found without arms or stems. The layer these cystoids originally came from had been exhausted for over a decade, but recent excavations this past year exposed additional material.

This cystoid specimen is very inflated, 5.7" long including the stem and holdfast and is centered on a 7.6x5" slab of shale matrix. There has been some repair and stabilization done to the matrix on this piece.