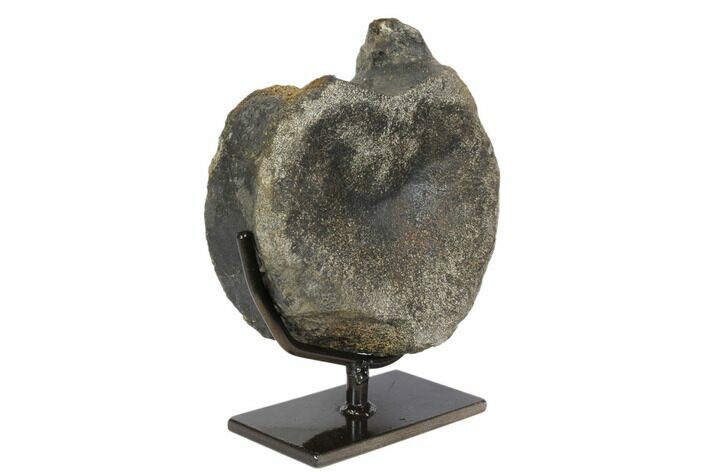 This is a large, 5.8" tall Hadrosaur (Hypacrosaurus sp.?) vertebra from the Two Medicine Formation of Montana. It was collected this last spring and has been nicely prepared from the hard rock surrounding it. It appears to be a proximal caudal (tail) vertebra.

The ventral side of this vertebra has a decent portion of bone that broke away. This area has been stabilized with glue. Both faces of the centrum have undergone weathering, revealing the mineral replacement within the bone matrix. Nearly everything superior to the base of the pedicles broke away prior to discovery and wasn't recovered.