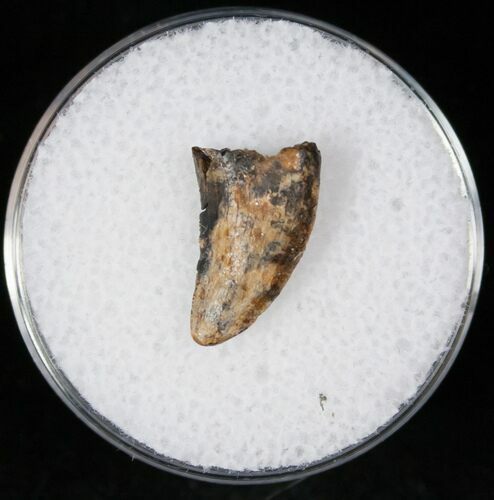 This tooth in particular is typical of Acheroraptor morphology. It is large for Acheroraptor at .5" long. It has worn enamel and a crack repair. It comes in an acrylic display case.