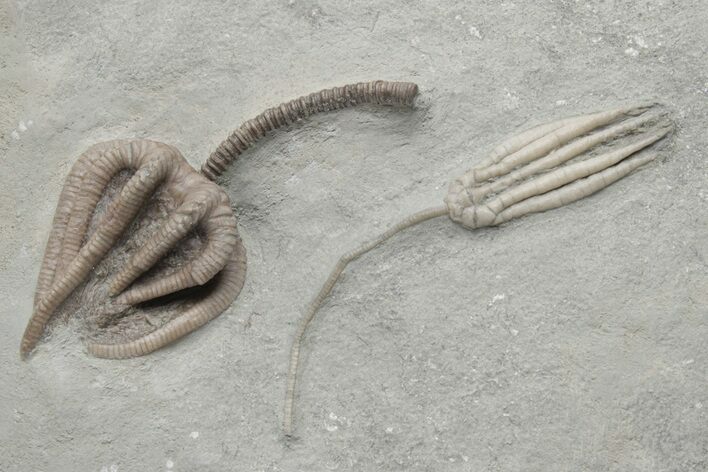 This is a beautiful, 5" wide plate of detailed fossil crinoids from Crawfordsville, Indiana. These fossils have been microscopically prepared using air abrasives, revealing their intricate details and three dimensional preservation. The two crinoids include Agaricocrinus americanus (#54 - 3.1" long including stem) and Parascytalocrinus validus (#46 - 3.3" long including stem).

The stem of the Agaricocrinus crinoid has been mounted to the specimen.

There is a repaired crack through one of arms of the crinoid which required some touchup restoration and minor gap fill.