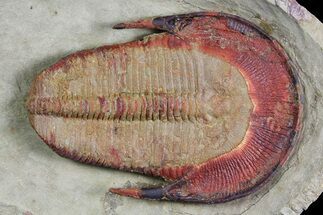 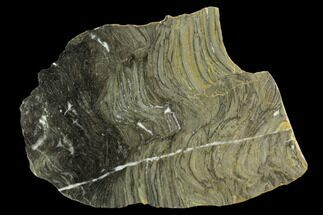 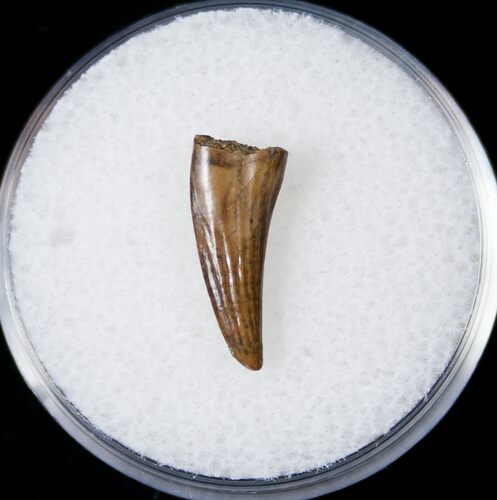 This tooth in particular shows morphology similar to that of Paronychodon. It is a bit taller with an inner flattened surface, no serrations, low vertical ridges and more of a D shaped cross section. It is .61" long with good enamel. It comes in an acrylic display case.

The 2013 study concluded that Acheroraptor was the only dromaeosaurid from the Hell Creek Formation and that dromaeosaurid teeth that had been attributed to other taxa should be identified as Acheroraptor. Many other paleontologists that work on the Hell Creek Formation would dispute this finding though, but there needs to be more skeletal material found. That is why this tooth is labeled "cf. Paronychodon"