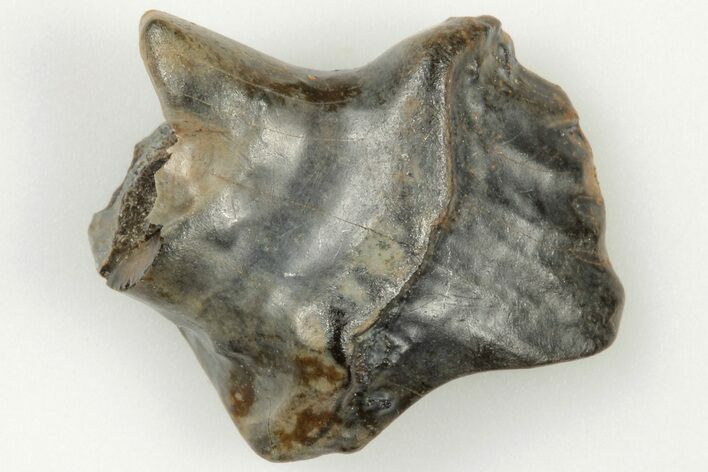 This is a .56" long, partially rooted tooth from a Nodosaur. While nodosaur teeth are relatively abundant in the formation, not enough skeletal material has been recovered to describe the species. The tooth is somewhat worn, as are most of the nodosaur teeth I've seen from the formation. 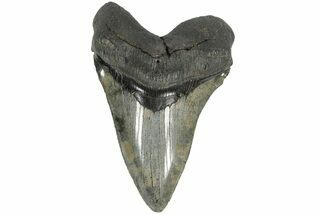