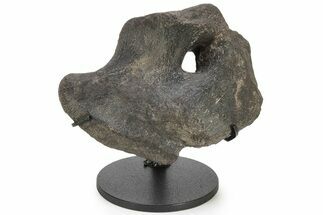 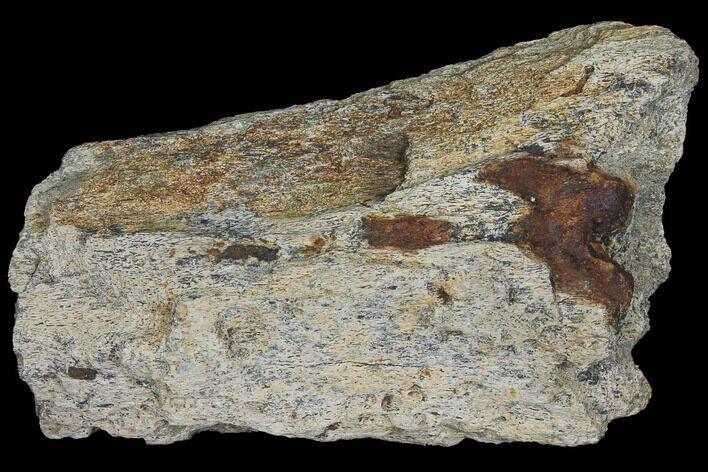 This is a 6.1" section of bone of a Triceratops horridus, from The Hell Creek formation, Montana. This bone section lacks sufficient diagnostic markers to locate it on the animal, but it is likely from the scapula or humerus.