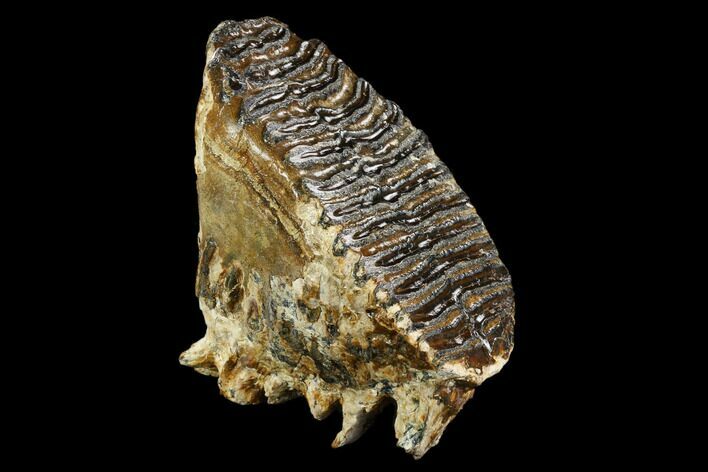 This is a 6.4" Mammoth (Mammuthus primigenius) upper jaw, M2 molar from the North Sea deposits off the coast of Denmark. It is in good condition and is from a sub adult mammoth