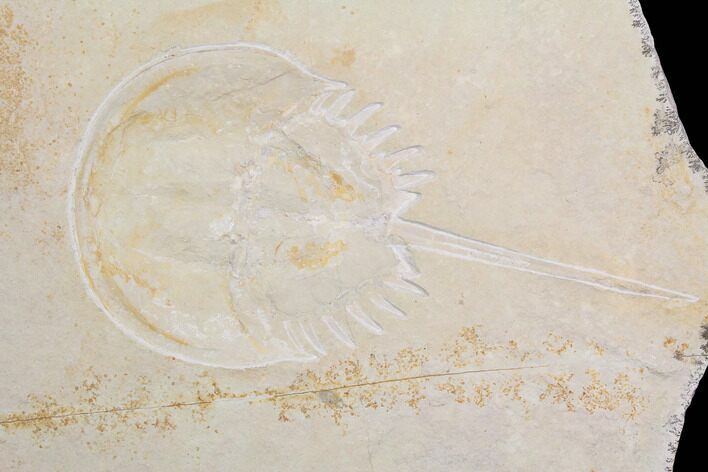 This is a rare and high quality, fossil horseshoe crab (Mesolimulus walchi) from the famous Solnhofen Lagerstätte in Germany. It's good sized at 6.8" in length and preserved ventrally on an unbroken, rectangularly cut slab of limestone.