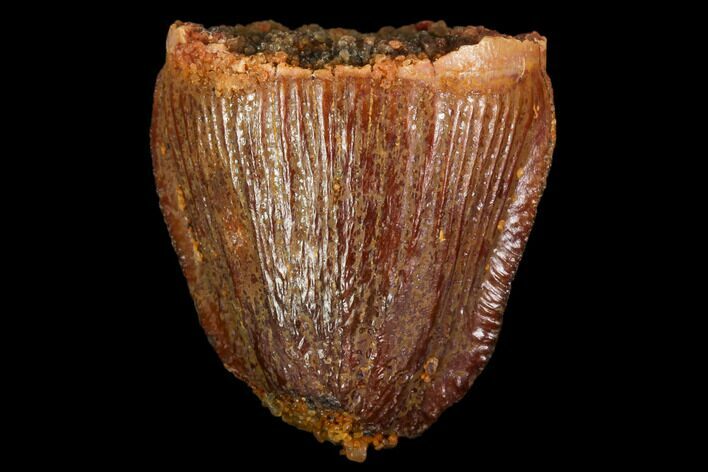 This is a Crocodylomorph tooth from the Kem Kem Beds of Morocco. It is very difficult to identify a specific Crocodylimorph from a single tooth, but this specimen has the laterally compressed form and serrations that suggests it could be from the genus Hamadasuchus. This tooth is in good condition with wear at the tip. The serrations are worn but visible. 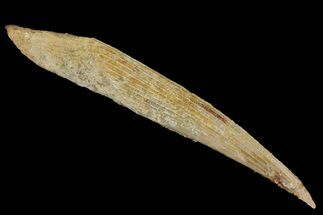 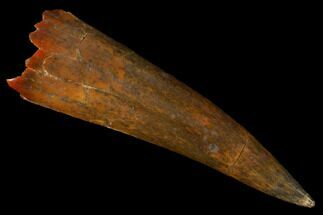 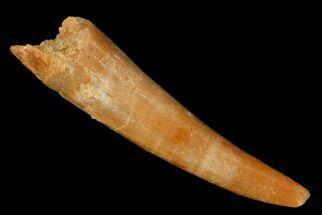