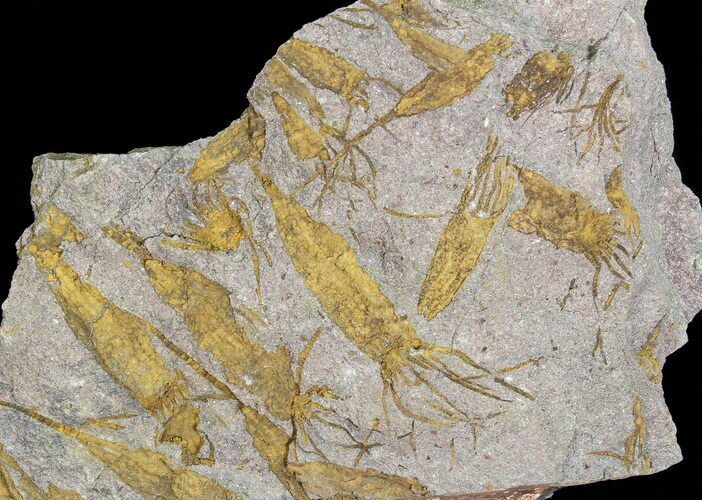 This is a plate of detailed Eocrinoids (Ascocystites sp.) collected near Kaid Errami, Morocco. The reddish/orange coloration due the oxidization of iron pyrite is very beautiful and showy.