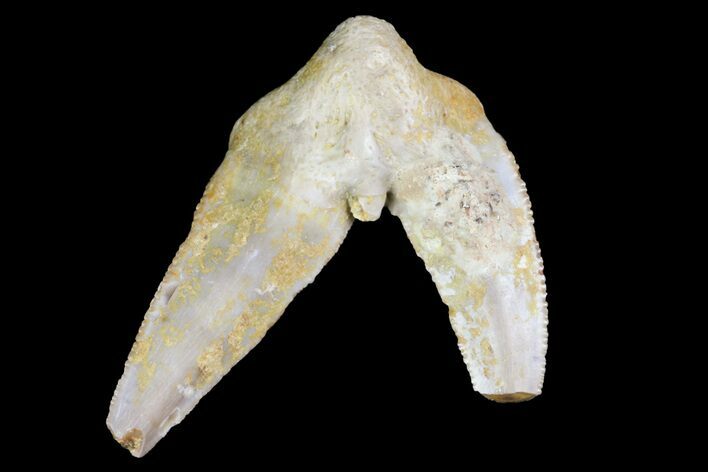 This is a .63" wide tooth of the shark genus Xenacanthus, collected from the Early Permian, Wolfcampian Series (280 - 299 Million Years Ago) of Texas. The root of this tooth is complete and the serrations are still present along some of the cusp edges.