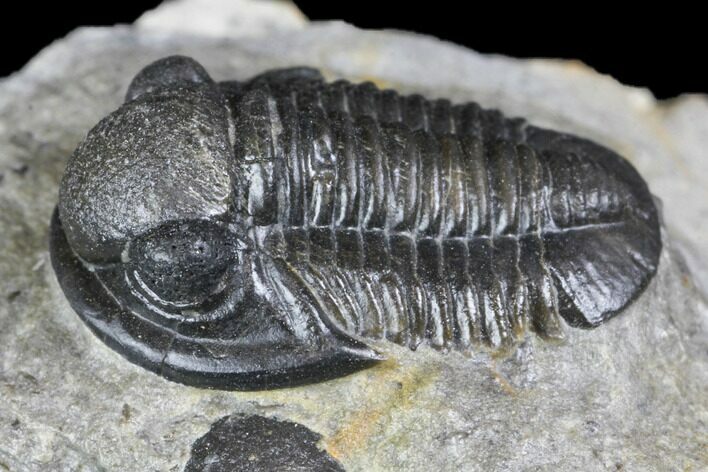 This is a detailed, .65" long specimen of the proetid trilobite Gerastos from Morocco. There is some restoration on the right genal spine and left eye.