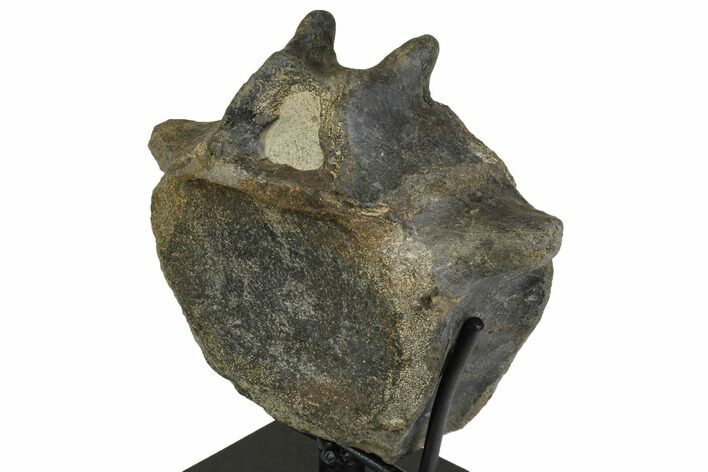 This is a beautifully preserved, 7.1" tall Hadrosaur (Hypacrosaurus sp.?) caudal (tail) vertebra from the proximal end of the tail, collected from the Two Medicine Formation of Montana. It was collected this last spring and has been nicely prepared from the hard rock surrounding it.

Overall this vertebra is in good condition. What remains of both transverse processes required crack repair and some minor gap fill restoration at the point of breakage. The left anterior articular facet is restored and there is a repaired crack through the right anterior articular facet. There are no repaired cracks through the body of the vertebra, however there appears to be some restoration to the ventral side of the vertebra. 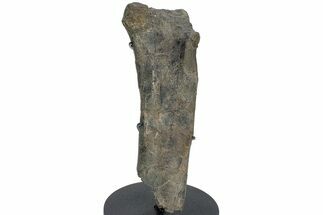