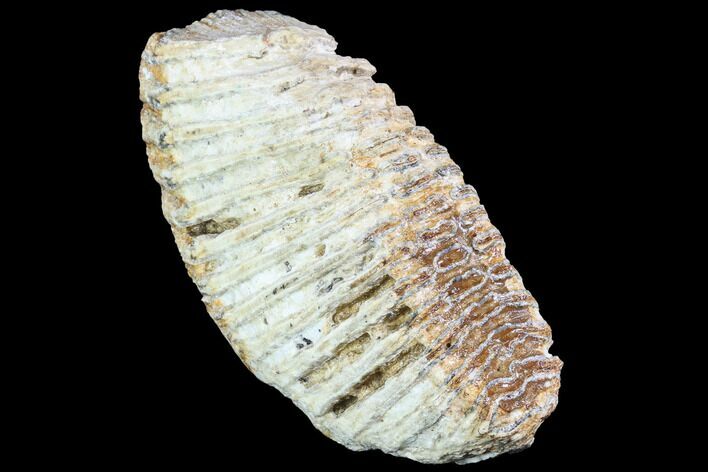 This is a 7.5" long molar of a Woolly Mammoth (Mammuthus primigenius) It comes from the Doggerland Bank in the North Sea and would be Late Pleistocene in age, around 40,000 years old.