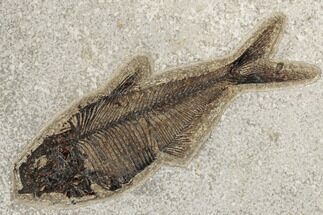 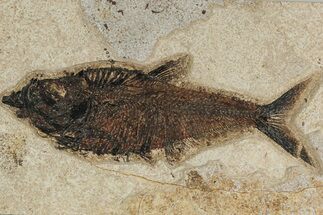 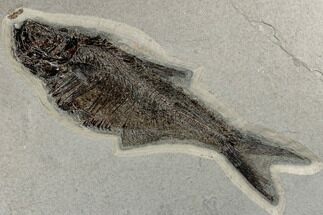 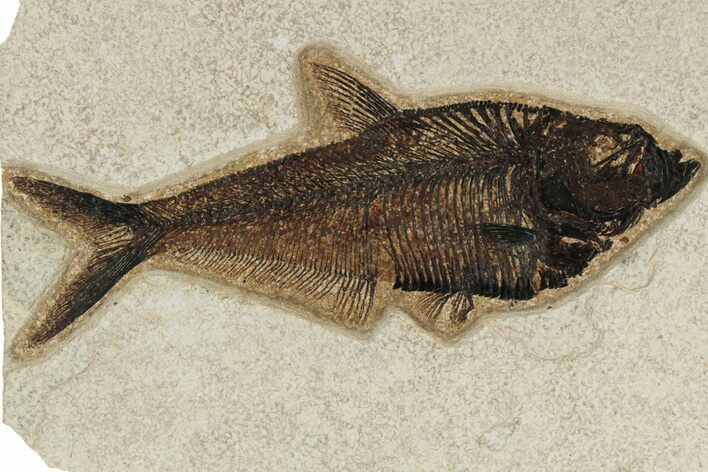 This is a detailed, 7.9" long fossil fish (Diplomystus) from the famous 18 inch layer of the Green River Formation. It was collected from the Lindgren Quarry near Kemmerer, Wyoming. This specimen shows excellent preservation and is located on a thin 10.1 x 9.3" slab of shale.

This specimen is accompanied by an acrylic display stand. 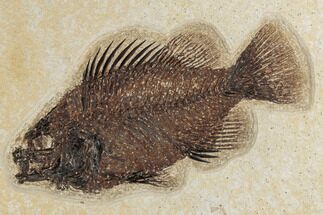 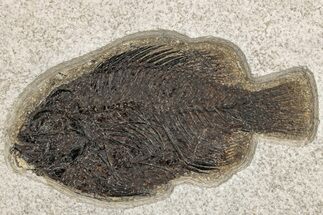 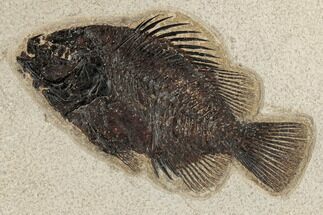