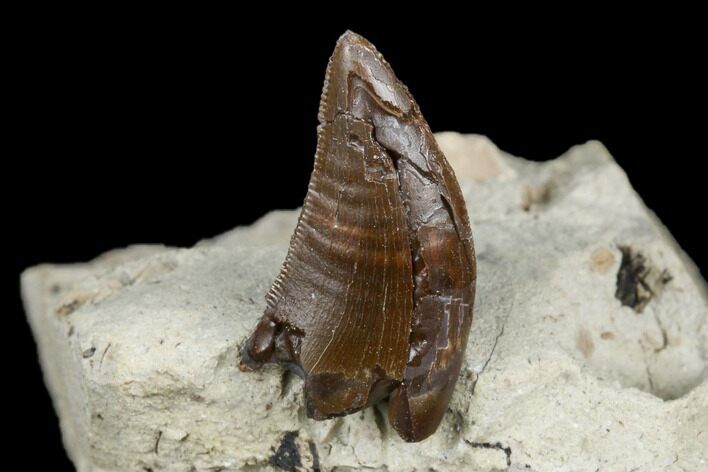 This is a small, .70" long, serrated Allosaurus tooth collected this summer from our partner's private quarry East of Dinosaur, Colorado. It has good serrations along both edges of the blade, nice tip and enamel. There is a repaired crack running lengthwise through the tooth. It was left still partially embedded in the sandstone it was found in creating a natural display base.