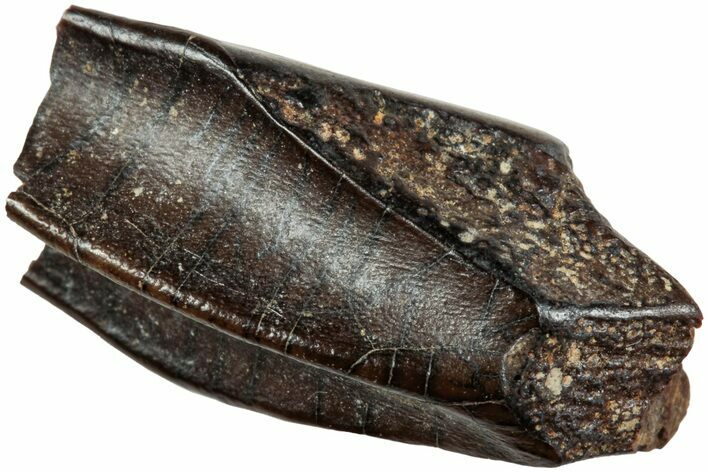 This is a .71"long, partial tooth of the hadrosaur, Edmontosaurus annectens, collected from the Hell Creek Formation in Montana.