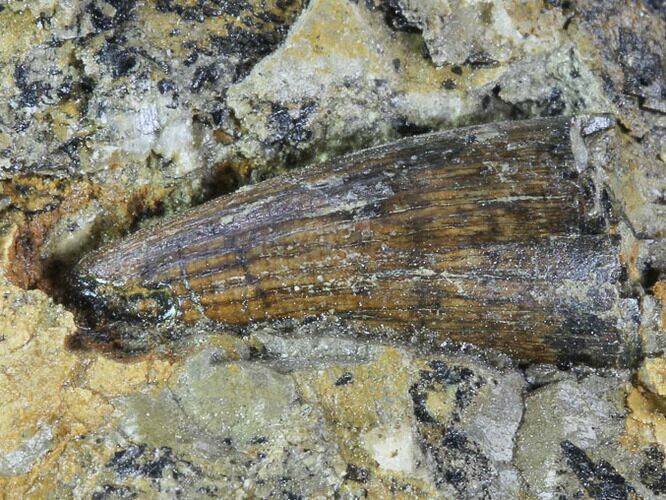 This is a nicely preserved, .72" long fossil crocodile tooth, in situ from the Aguja Formation of Texas. It has beautiful enamel preservation.