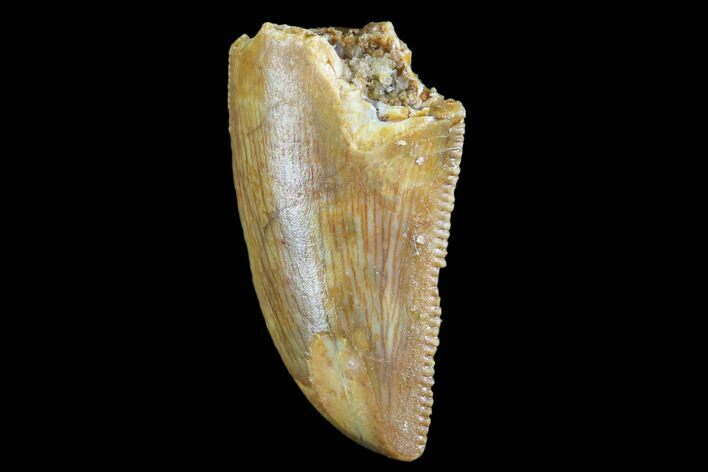 The tip of this tooth has undergone significant feeding wear and the serrations along one edge of the tooth are worn. Proximal to the root, the tooth is slightly deformed and cracked, though there is no indication of any repair. 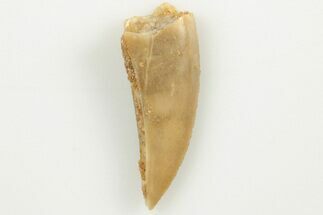 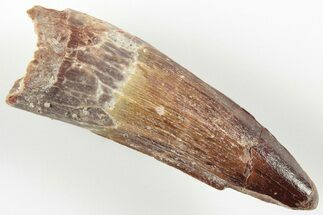