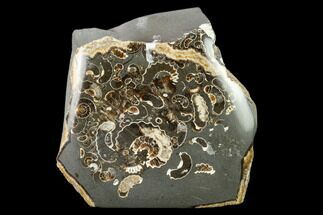 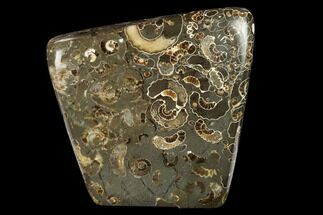 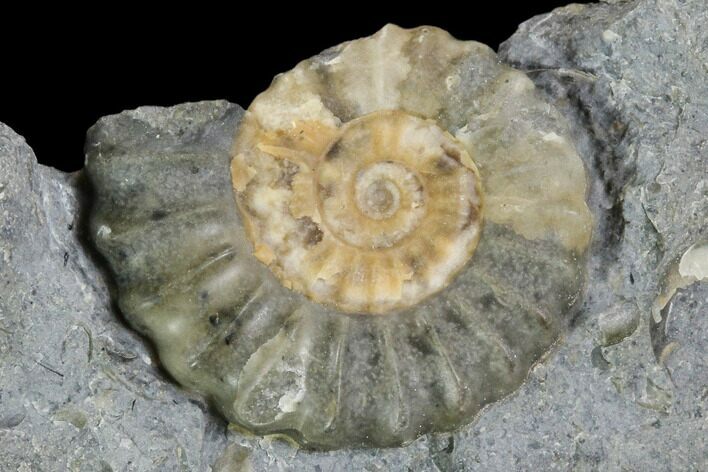 This is a very beautifully agatized, .8" Promicroceras planicosta ammonite fossil, collected from Lyme Regis, England. It's almost translucent and has been nicely prepared so that it displays very well on the limestone slab. This specimen is on limestone that contains numerous other ammonite fossil fragnments and casts. 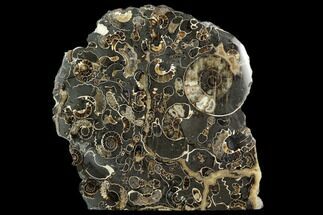 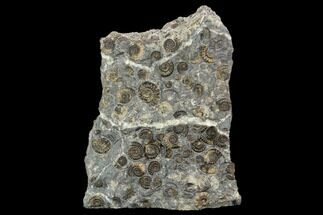 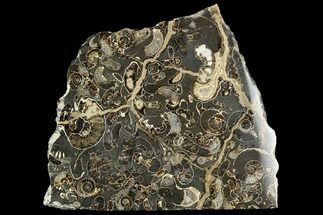