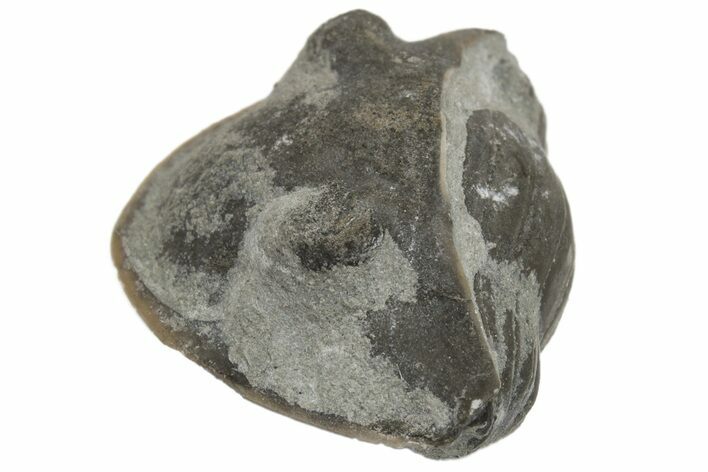 This is a nice, enrolled Isotelus maximus from the famous trilobite beds at Mt. Orab Ohio. It it was outstretched it would be around 1.4" long. Both the genal spines are missing.

Isotelus maximus is the the official state fossil of Ohio.