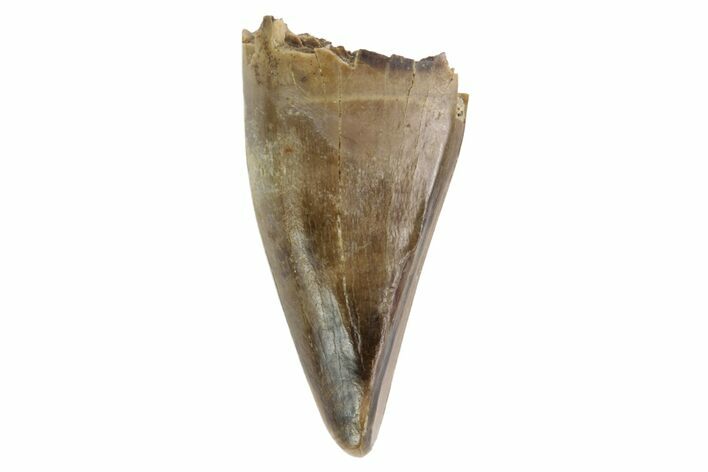 Beautiful enamel preservation on this tooth, however there is feeding wear to the tip and edges. Comes with an acrylic display case.