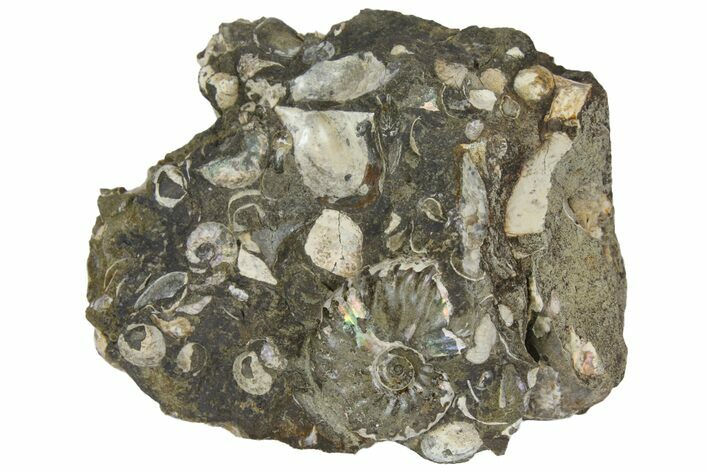 This is a .85" ammonite (Scaphites) from the Fox Hills Formation of South Dakota. The iridescence of the outer shell creates a colorful display. This specimen has been well prepared and remains attached to the rock in which it was found. 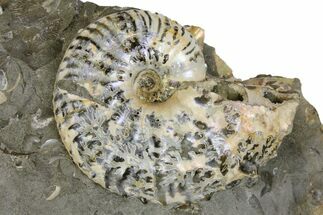 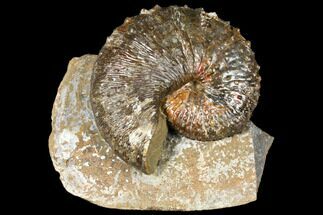 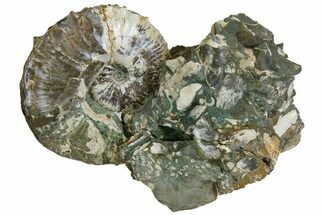