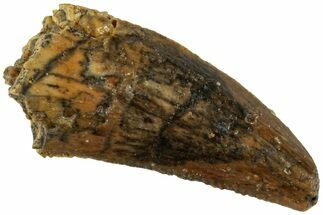 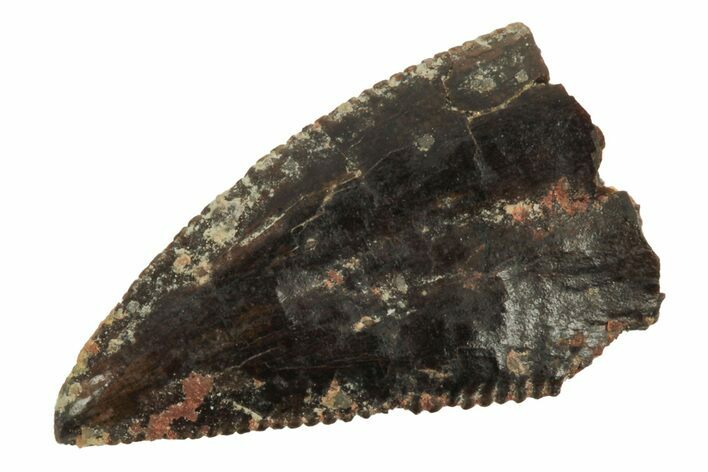 This is a .62" long, serrated, Abelisaur dinosaur tooth from the Dekkar Formation near Talsint, Morocco. The tooth is slightly compressed.

While common in the Kem Kem Beds and Dekkar Formation of Morroco, Abeliasaur teeth are fairly uncommon dinosaur teeth world-wide. They are almost always labeled as raptor teeth when sold. Many people wouldn't consider them a true raptor as they don't belong in the Dromaeosaur family, but there is no scientific or commonly agreed upon definition for what defines a raptor. 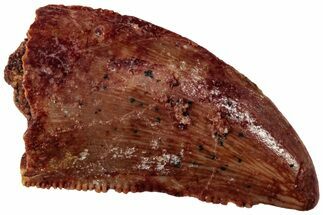 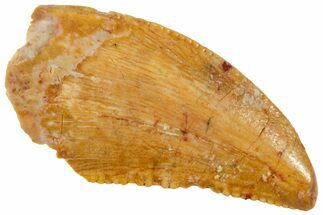 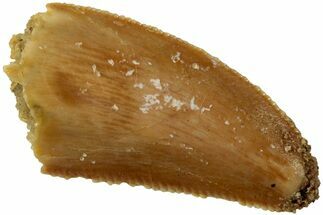 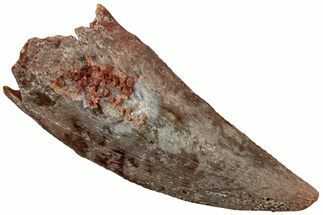 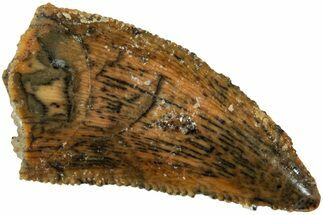 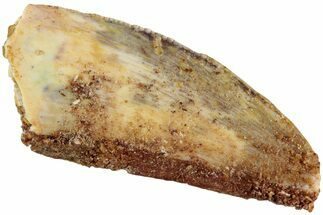