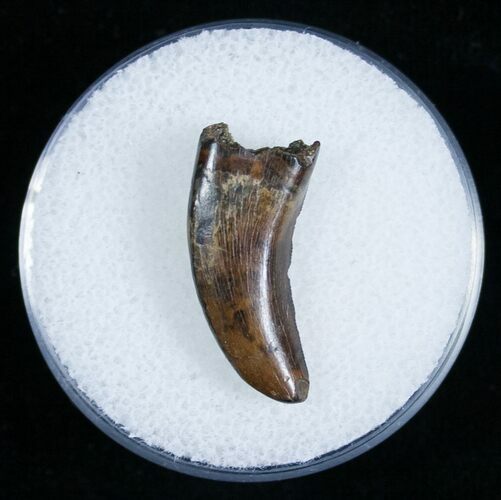 This is a Dromaeosaurus (commonly referred to as a raptor) tooth from the Hell Creek Formation of Montana. It's in wonderful shape and quite large for a Dromaeosaur. Nice enamel and most of the serrations are present. There is a repaired crack in the tooth but no restoration.