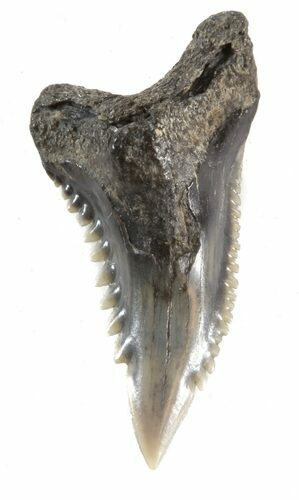 This is a tooth from the lower jaw, which has a very different shape than the teeth in the upper jaw, sometimes being mistakenly for an entirely different type of shark.