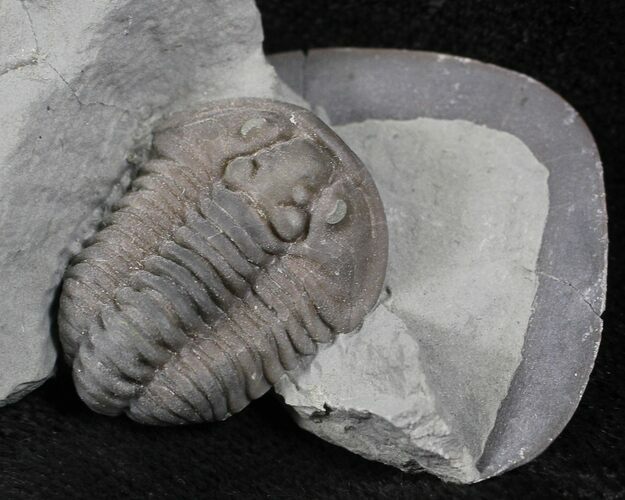 This is a nicely preserved specimen of Flexicalymene retrorsa from Highland County, Ohio. It's laid out prone and is .88" in length. The trilobite is laying on the tail section of a Isetelus trilobite. It was cleaned under microscope using air abrasives to reveal the well preserved detail.