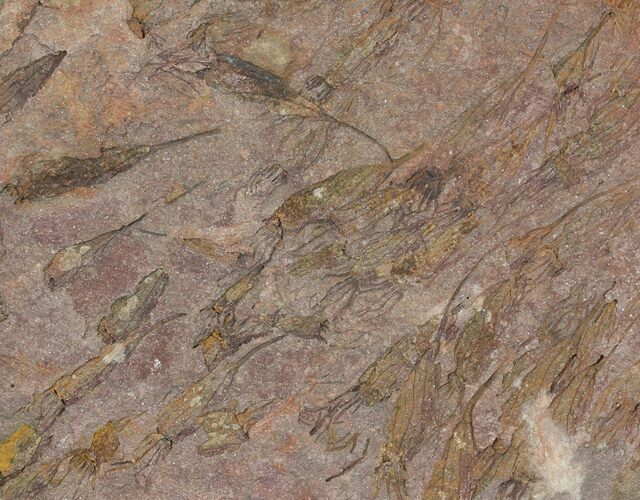 This is a multiple plate of detailed Eocrinoids (Ascocystites sp.) collected near El Kaid Rami, Morocco. The reddish/orange coloration due to the oxidization of iron pyrite is very beautiful and showy. There are fossils on both sides of the rock.

Eocrinoids were an early group of echinoderms that lived between the Early Cambrian and Late Silurian periods. They had a stalk which attached them to the bottom of the ocean via a holdfast and were benthic suspension feeders which used their arms to move particles of food towards a mouth. They are believed to be ancestral to many other groups including crinoids and blastoids.
FOR SALE
$125
DETAILS
SPECIES
Ascocystites sp.
AGE
Lower Ordovician 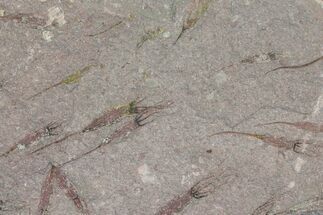