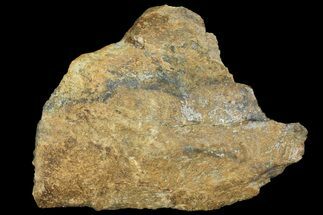 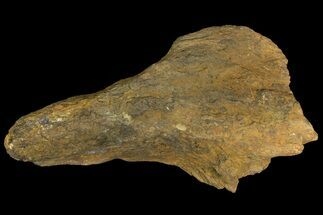 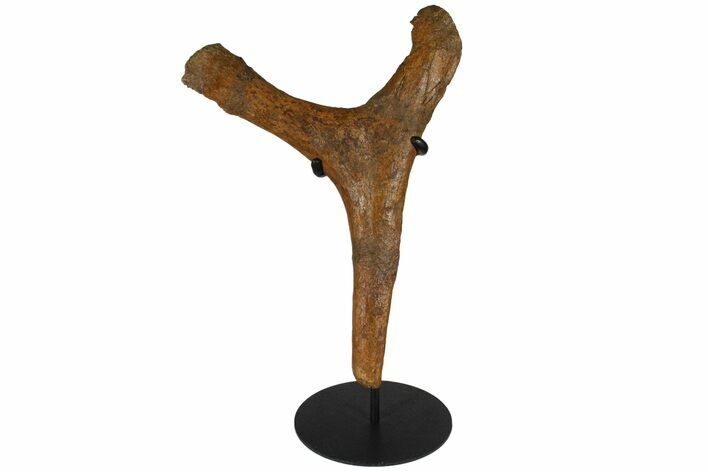 This is a 9.9" long fossil Triceratops partial rib that was collected from the Hell Creek Formation near Bowman, North Dakota. This is the proximal end of the rib, containing both points of articulation and would have come from the anterior (head) end of the triceratops rib cage. Both heads of the rib have repaired cracks, with spots of restoration where the bone crumbled away. There is a repaired crack with gap fill restoration near the angle of this rib.

It comes with the pictured custom built metal display stand. The partial rib is 9.9" long and on the stand the specimen is 11.7" tall 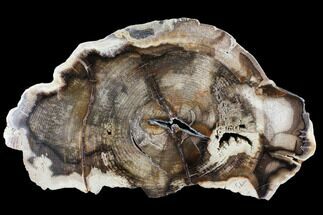