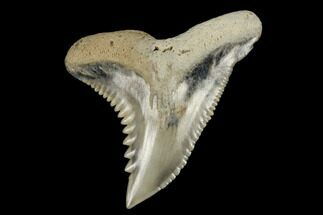 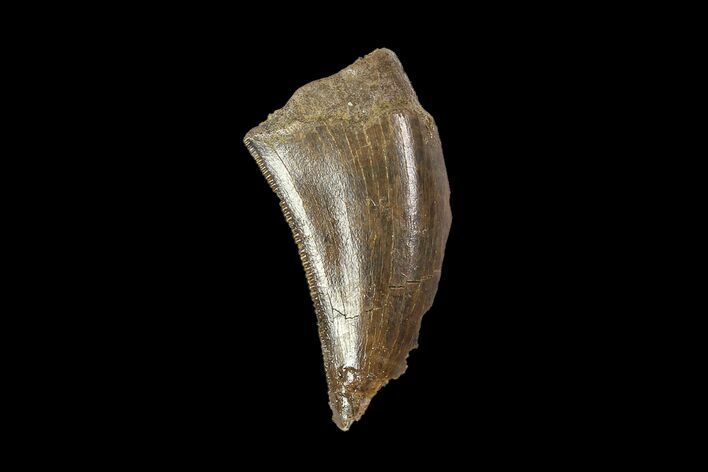 This is a .9" long Tyrannosaur tooth likely of the species Nanotyrannus lancensis from the Hell Creek Formation of Montana. Some of the serrations are still visible but there is damage to the tip.