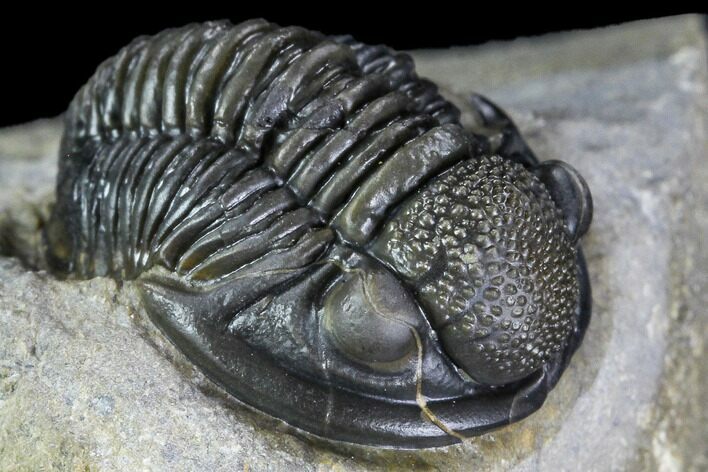 This is a beautiful, .95" long specimen of the proetid trilobite Gerastos from Issoumour, Morocco. It's very 3d, with excellent shell detail and preparation. There is about 5% shell restoration on this trilobite. 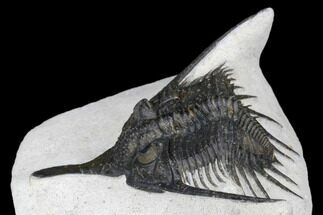