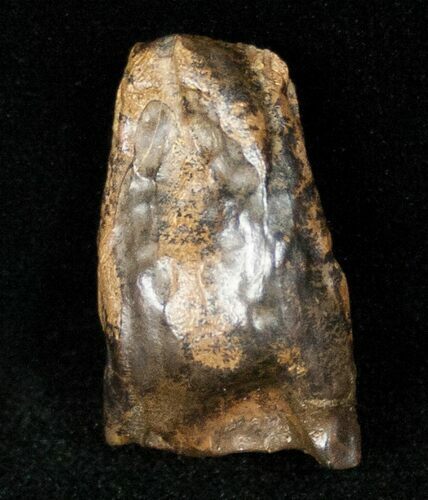 Here's a good quality, shed from one of the most iconic dinosaurs, Triceratops. It was collected from the 66 million year old, Hell Creek Formation in Powder River County, Montana. Triceratops had a massive battery of teeth in their mouth for chewing the rough vegetation that made up their diet. They shed these teeth during their lifetime and collectors often refer to these teeth as "spitters".

This tooth is a shed tooth or "spitter" and has a polished upper surface indicative of a lot of wear from grinding food.