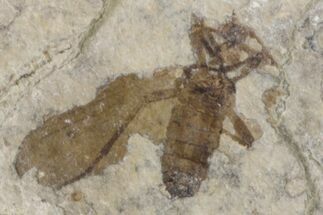 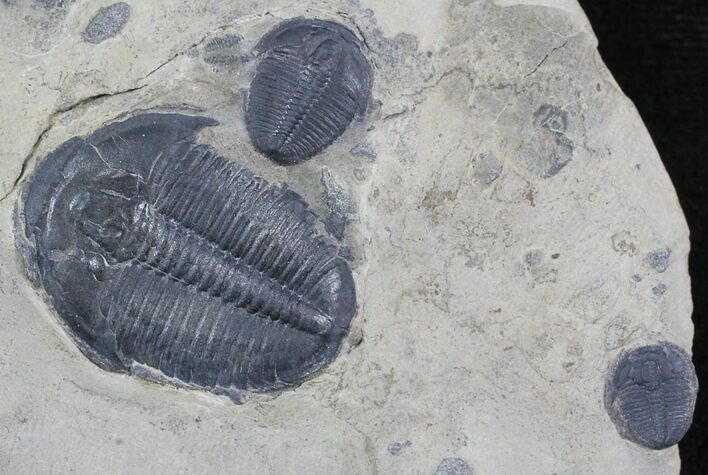 This is an Elrathia kingii trilobite from the 505 million year old Wheeler Shale of Utah. This piece has three Elrathia; the largest being .98", middle one .42" and the smallest of the group is .31". There are also a few bits and pieces of broken up trilobite scattered throughout the matrix.
Elrathia is a famous genus of trilobite that had an amazing ability to thrive where other ancient animals could not. They patrolled the deep, muddy waters offshore of the ancient continent Laurasia.