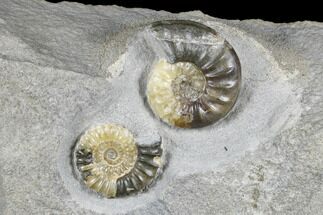 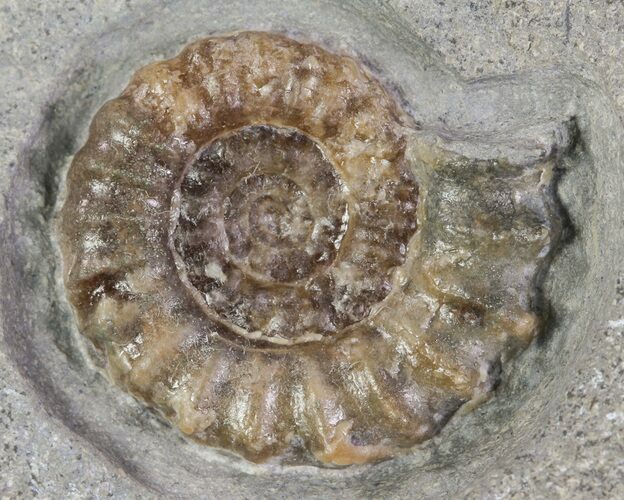 This is a very beautiful Promicroceras planicosta ammonite fossil from the Lyme Regis region of England which has been replaced with a golden calcite. It's almost translucent and has been nicely prepared so that it displays nicely in a slab of limestone. The base of the limestone has been cut flat so it displays nicely without the need for a display stand. 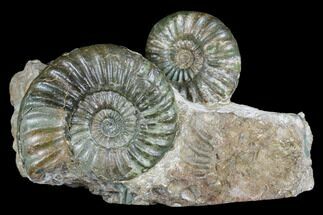 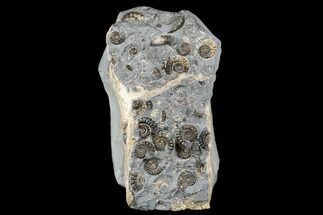 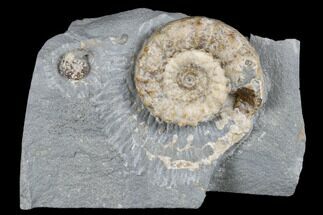