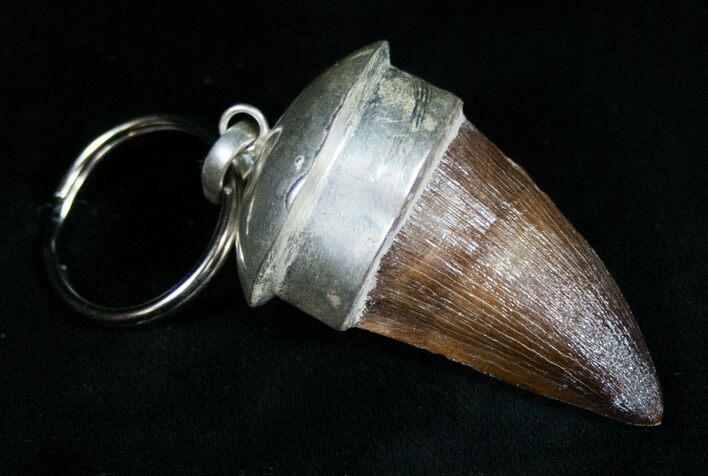 This is a keychain featuring an authentic fossil tooth from one of the largest and most fearsome predators to inhabit Earth's oceans, the Mosasaurus. These teeth are collected as a byproduct of the massive phosphate mining operations near Khouribga, Morocco and are Upper Cretaceous (70 million years old) in age. The fossil tooth used in this keychain is a fairly large tooth, is quite solid and well preserved.

Although Mosasaurs diversified and proliferated at a spectacular rate, their specialization is considered the source of their demise when marine systems collapsed at the end of the Cretaceous.
More About Mosasaurus & Mosasaurs
View Jurassic World Fossils
SOLD
DETAILS
SPECIES
Mosasaurus
AGE
Upper Cretaceous