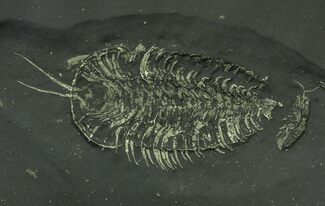 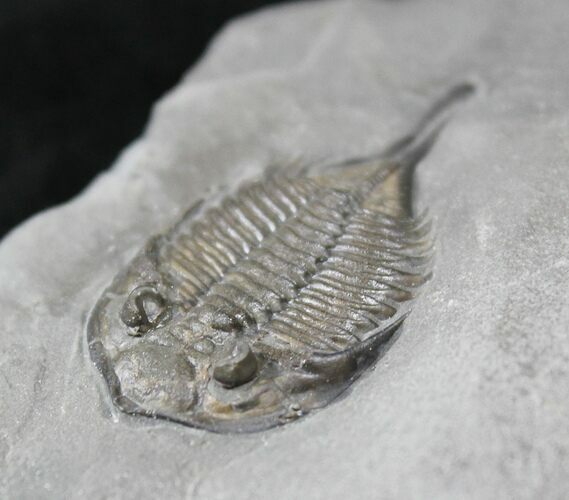 This is a 1.25" long specimen of the classic New York, Silurian trilobite Dalmanites limulurus. It was collected from the famous Caleb's Quarry near Middleport, NY. It's quite small for the species, but it's a gem. Unlike nearly all of the Dalmanites there is no restoration on the triobite itself (though there is some matrix work. 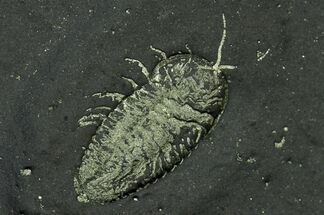 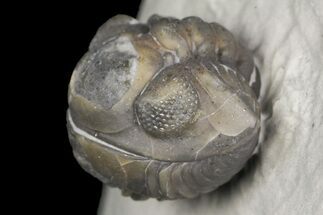 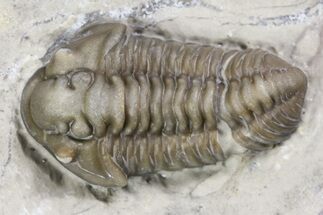