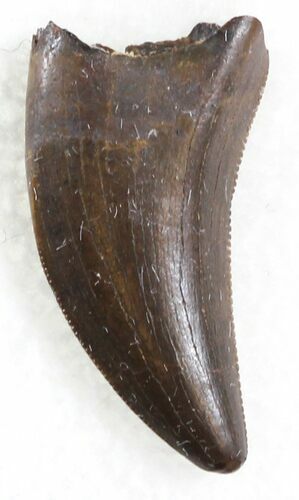 Given the size this would have come from a small juvenile or baby of the Tyrannosaur species. Many people might label it a Dromaeosaur (Raptor) due to the small tooth size, but both the anterior and posterior serrations are the same size, where in Dromaeosaur teeth they tend to be different sizes. The posterior serrations are a bit worn so it's hard to say with 100% certainty though.