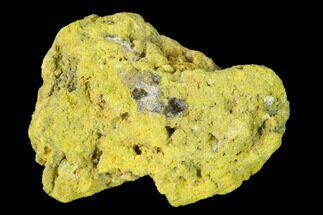 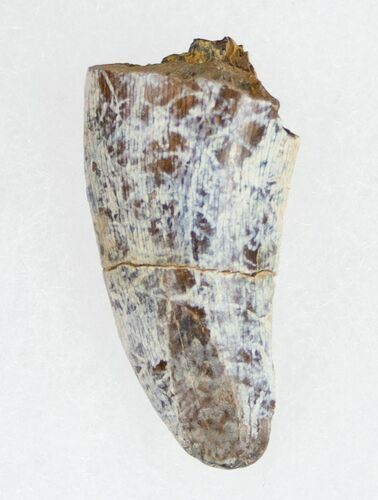 This is a bargain 1.16" long Tyrannosaurid tooth of the genus Nanotyrannus lancensis from the Hell Creek Formation of South Dakota. It's pretty good sized for a nano tooth, but the there is quite a bit of feeding wear to the tip and the enamel on one side is completely worn away. Comes with an acrylic display case.