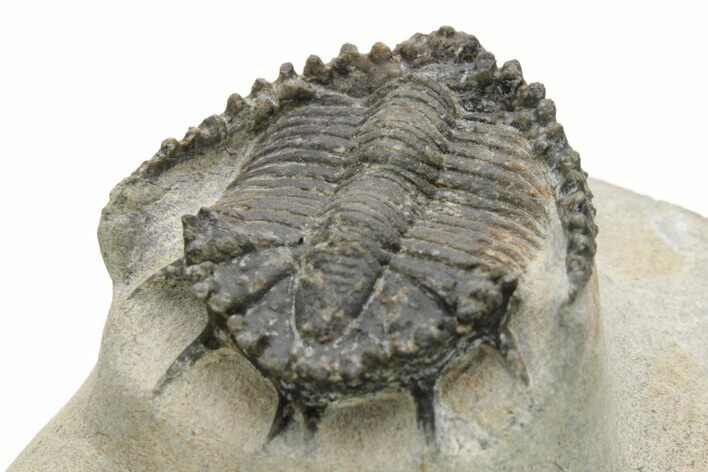 This is a good-sized, 1.2" long example of a rare lichid (Akantharges mbareki) trilobite from Tinejdad, Morocco. This site has been closed for several years so this species is getting hard to acquire. It's a pretty good example with nice detail. There is about 5% shell restoration in total.

It is laid out prone but the preparation is a bit rough, hence the bargain price. There is about 3-4% shell restoration along a repaired crack through it's tail.