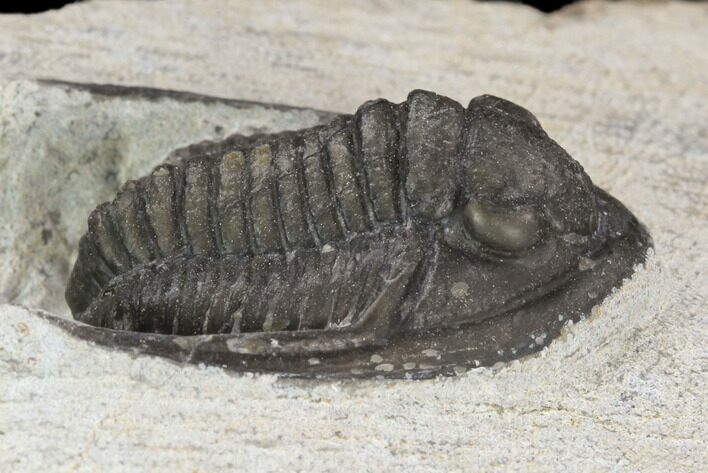 This a 1.2" long Cornuproetus trilobite from Morocco. This proetid trilobite displays it's distinctive swept-back genal spines. It's quite 3D but the preparation is a bit rough in areas leaving some scratches on the shell, hence the bargain price. 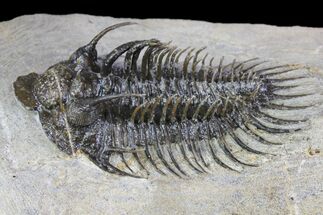