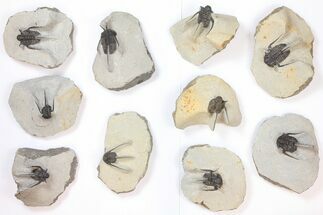 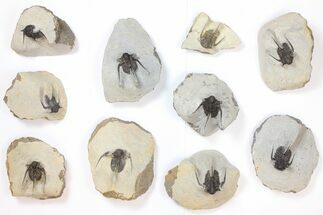 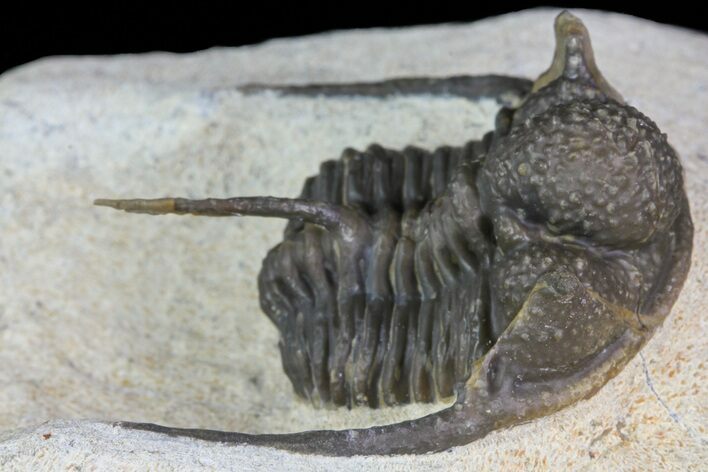 This is an bargain, 1.2" long (including spine) Cyphaspis trilobite from Morocco. The cheeks are slightly separated, hence the bargain price but there is no restoration on the specimen.