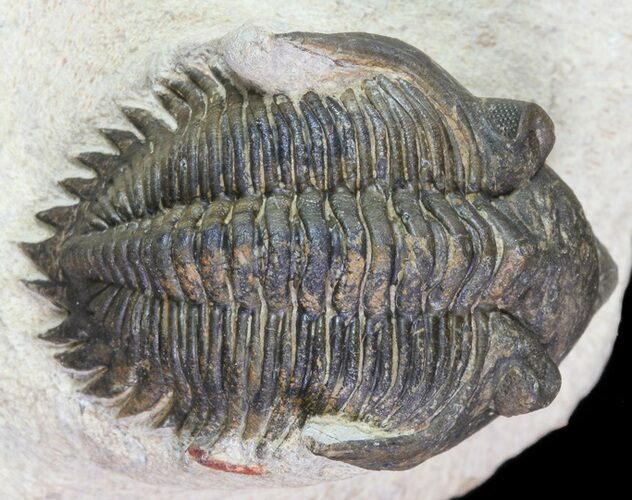 This is a bargain, 1.2" long specimen of Metacanthina issoumourensis often referred to as an "Asteropyge" or “Kayserops”. It was quarried near Lghaft, Morocco and has remarkable detail including tiny eye facets preserved. The only restoration is a few touchups along the retailed crack and a couple airscribe dings from preparation on the head. A nice, inexpensive specimen.