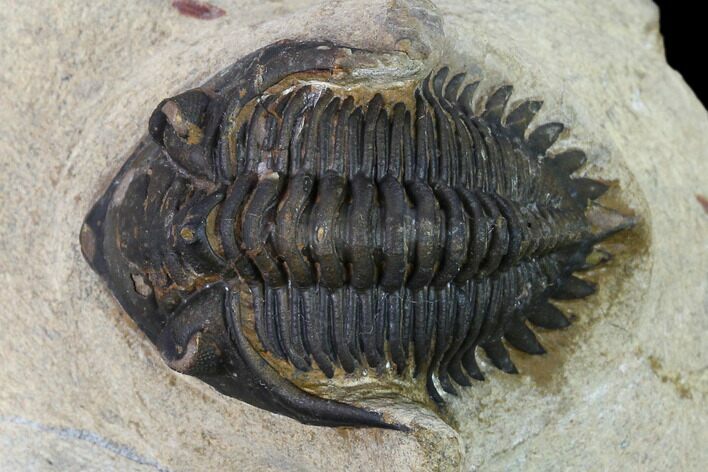 This is a 1.5" long specimen of Metacanthina issoumourensis often referred to as an "Asteropyge" or “Kayserops”. It was quarried near Lghaft, Morocco. There are some dings from preparation and patches of missing shell, hence the bargain price.