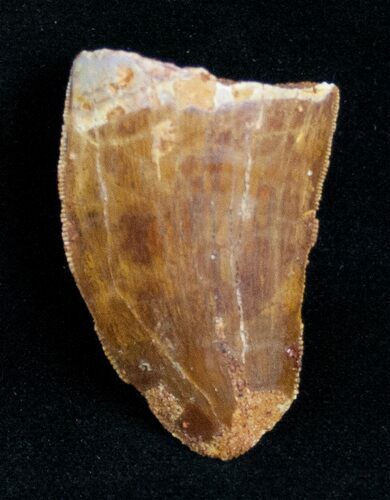 This is a bargain tooth of the massive theropod dinosaur Carcharodontosaurus saharicus, which often gets compared to T-Rex. It's 1.6" long with nice colored enamel. There serrations on both edges are in good shape but the tip has been sheered off due to feeding damage. There is one repaired crack but no restoration. 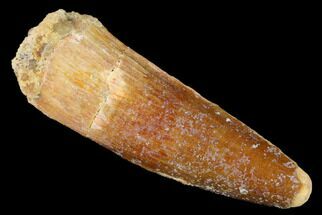