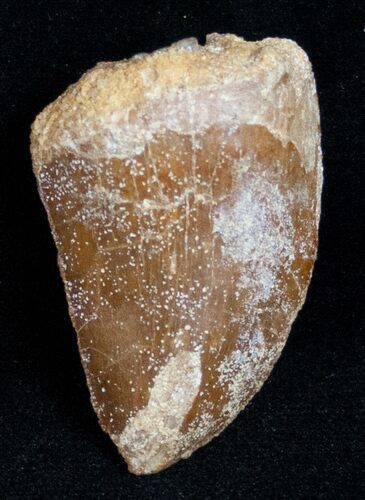 This is a bargain tooth of the massive theropod dinosaur Carcharodontosaurus saharicus, which often gets compared to T-Rex. It's 1.6" long with nice colored enamel. There is feeding wear to the tip but no restoration or repair.