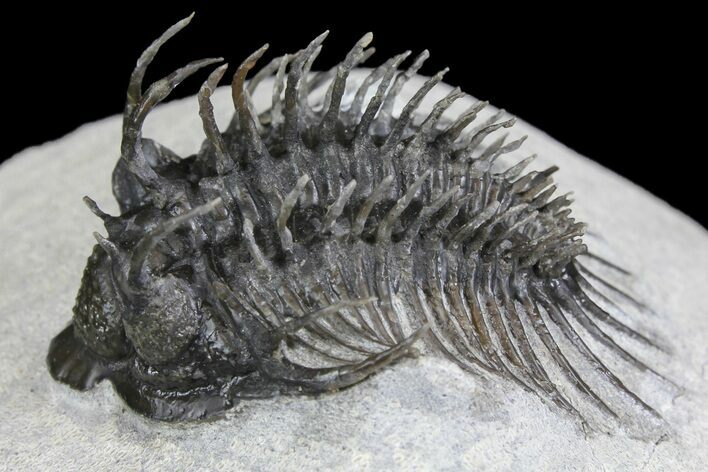 This is a 1.6" long Comura bultyncki trilobite from Oufaten, Morocco. It's fairly small for the species and the preparation work is just ok, hence the bargain price.